From my 2009 solo show Frights of Fancy I bring you, The Universal Pictures, Classic Monsters.

I distorted all my monster paintings to match the image I have of them in my memory.

Artist statement from the 2009 opening.

I wanted to paint monsters, so I did.

I chose many of the classics.

I painted them in color, pretty much the color you think they are, with some exceptions… I could get away with it because like the dinosaurs, we’ve never really seen them in color…they were black and white movies.

Some of the pictures won’t look distorted because you make the same distortions in your memory. Bela Lugosi’s Count Dracula doesn’t really have such a pronounced widows peak.

But, when it comes down to an artist statement I’ll keep it simple…

I wanted to paint monsters, so I did.

Since I first showed these paintings in 2009 two of the paintings have found their way into the book “Vampire Art Now” 2011, and the original painting of Count Dracula was on display at the Everhart Museum in Scranton, PA during their 2012 show,

The Blood is the Life: Vampires in Art & Nature

I would also like to thank Basil Gogos, recently passed away, for his continued artistic inspiration. He reminds me to explore and never be afraid of color.

Gouache and ink resist painting on Illustration Board.

I used white glue and a kitchen torch to add texture and age. 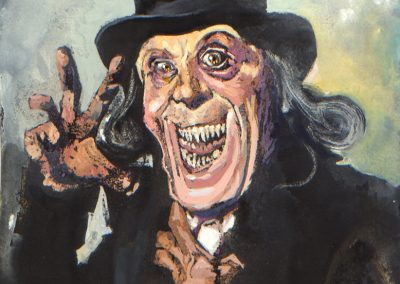 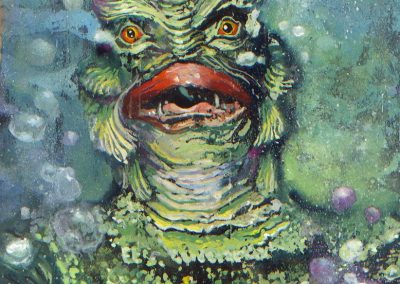 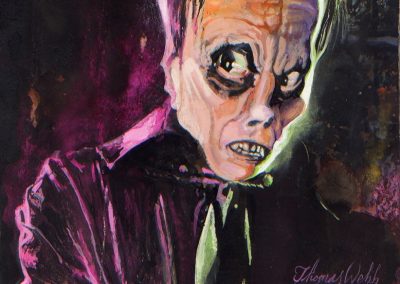 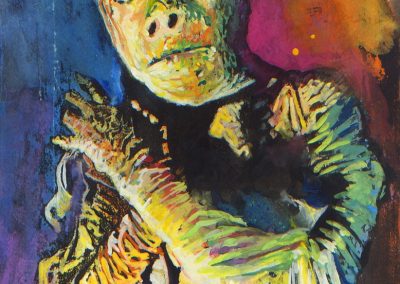 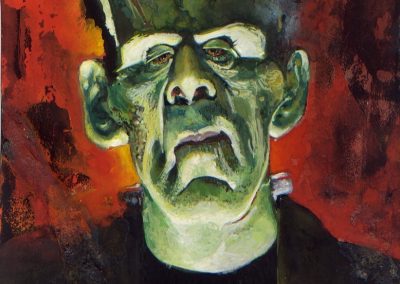 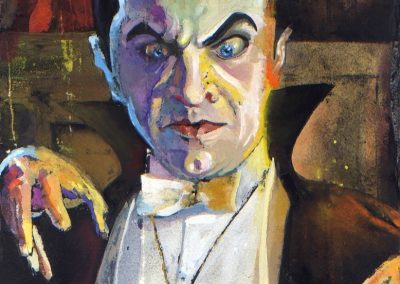 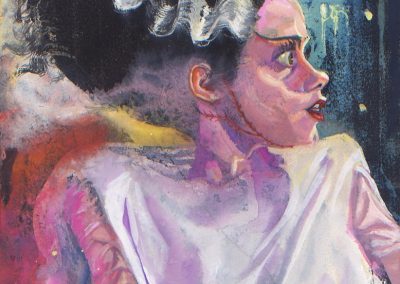 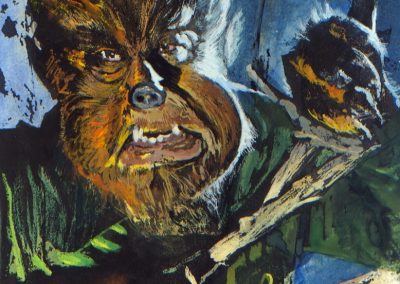